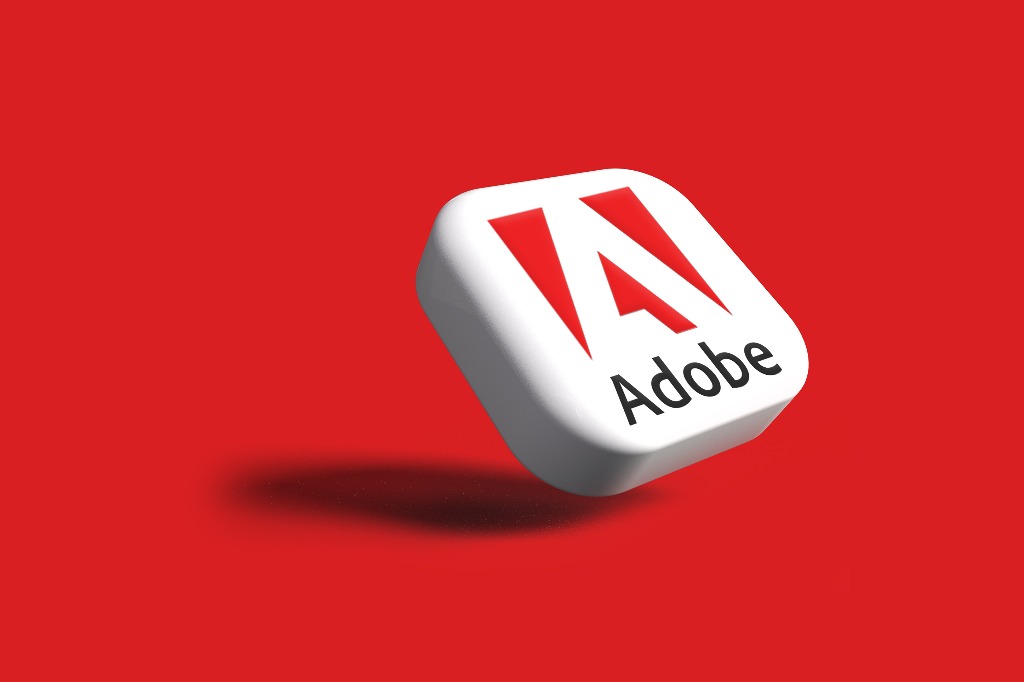 Adobe Salary Negotiation - How to Negotiate Your Adobe Offer

Adobe's been on a hiring spree as of late, and we've helped many clients negotiate their offers. The company is well respected in the industry. It's known for a great culture and work-life balance. Historically, Adobe's pay was below industry average, but in a bid to compete for top-tier engineering talent, they have increased their compensation bands in recent years.

The goal of this guide is to equip you with the essential pieces of information you need for your upcoming Adobe negotiation. These insights were distilled from the negotiations our team has done with Adobe. If your situation is unique or you want 1:1 support to ensure you maximize your compensation, please sign up for a free consultation with our negotiation team.

Before starting the negotiation, make sure you understand the compensation components offered. A typical job offer for a software engineering role at Adobe should contain the following monetary components:

This is what an example Adobe L4 offer looks like over a 4-year period.

Adobe's base salary component is competitive relative to peers. For example, Adobe L4 maps to the upper end of L4 at Google, and when comparing the top of band base salary at these two companies, Adobe's base is actually higher at 185k vs 175k.

As with most companies, Adobe has a base salary band associated with each role/level/location. The size of the band increases with seniority - at junior levels it is quite narrow.

Adobe is more willing to negotiate base salary vs industry peers. That said, the increase will typically be smaller than what is possible for the equity or signing bonus components. This of course does depend on the initial offer and how much room there is for each component. In our experience, Adobe is pretty transparent around the top of band for each component, and they are willing to come up to this top of band number if you use the right negotiation strategies.

One important note is that we have also been able to negotiate an additional "anniversary bonus" with Adobe in the past, but this does require a very well executed negotiation. This is effectively a larger signing bonus split over the first two years of your employment.

Adobe will clawback a portion of your signing bonus if you leave before the 1-year mark. However, this is normal for major tech companies, and they only require you to repay the pro rata amount. We've included the exact wording from an Adobe offer letter below:

Your initial offer will include a dollar amount in equity. The dollar amount will be converted to a specific number of shares on the date the RSUs are granted. Typically, companies use the average stock price in the most recent month to determine how many shares you will be granted. These share units are your initial grant which then vests (is received) over the next four years.

Adobe, like many other big tech companies, vests equity evenly over 4 years. This means if you are granted $260K RSUs, you will receive the following:

The most common vesting schedule for software engineers at Adobe is to have vest dates every 3 months. However, for the first 25%, there is a 1-year cliff, meaning the first 25% fully vests at the end of your first year.

We have heard of recruiter's claiming that equity is non-negotiable, but from our experience, this is untrue. Adobe is willing to negotiate equity and compared to peers in the industry at the junior/mid-level, equity is competitive with the likes of Facebook and Google. To give you an idea, the top of band equity for Adobe L4 and Google L4 is the same.

Here is the wording from an Adobe offer letter:

‍"Restricted Stock Units: You will be recommended for an equity award with an initial target value of <redacted>. This award value will be converted into a number of restricted stock units (RSUs) that vest into Adobe common stock, using the average daily close price of the month in which your Adobe start date falls. This RSU award is subject to final approval by our Board of Directors. Generally, grants are approved on approximately the 15th day of the month following the month of your employment start date. The RSUs will be subject to a 4-year vesting with 1/4 being vested after the first year and then quarterly vesting thereafter over the remaining three-year period. Vesting is contingent upon your continued employment with Adobe, with certain limited exceptions as defined in the applicable award agreement."

As mentioned above, the actual number of RSUs you receive will be calculated by taking your grant value divided by the average close price the month of your start date. You can get a decent approximation by looking at the average stock price over the past 30 days.

‍Performance bonuses at Adobe are fairly predictable. While it is true that they are based on both your performance and the company's performance, the majority of engineers receive their target bonus each year, similar to Facebook and Google. One interesting aspect for Adobe is that your bonus is weighted 50% corporate objectives and 50% personal performance. For reference, at Facebook the company multiplier is typically 0.9-1.1x and then personal performance is 0.8-3x.

Target bonuses used to be much lower. In 2019, Adobe offered 5-7% for junior to mid-level employees. This component was increased  to compete with other big tech companies.

Here is the exact wording from an Adobe offer letter:

The expectation for most levels at Adobe is that you won't receive yearly stock refreshers. Unlike at Facebook and Apple where refreshers are given to almost everyone, at Adobe refreshers are primarily for retaining top performers. Not everyone gets them and it is very much based on the org and manager of the team. In the cases where refreshers are given, they are sizeable. To give you a rough idea, at the L4 level refreshers can range from 75-125k. Asking for the range of expected refreshers at your level and what % of engineers receive these amounts is a good idea for your negotiation.

You should factor in refreshers at other companies when comparing to your Adobe offer. This is a good additional point of leverage during a negotiation with Adobe. Many companies and recruiters don't voluntarily disclose target refreshers but will share numbers when asked, which you can then present to Adobe as justification for increasing your offer.

Rora has helped negotiate a wide range of offers at Adobe. Candidates of course need to know the latest role-specific salary information like the Adobe data scientist salary or the Adobe technical program manager salary. However, it can also be useful to understand these salary trends at the industry level. Hence, we have complied our data for different roles setting the senior (L5) level as the benchmark.

Remember, the data points above are industry wide, not specific to Adobe. There are many company specifics at play here. For example, an Adobe product manager salary is often below industry average. On the other hand, an Adobe product design salary trends much closer to top of market rates.

Candidates often find it helpful to have a high-level overview of the negotiation process, which we will cover below.

But before jumping into that, here is a quick overview of Adobe's software engineering levels. Adobe has had a number of format changes when it comes to levelling over the past couple of years, which does lead to some confusion. You may remember the old ESDEP# format used a while ago, but now they have a more straight forward SWE 1-7 system.

If you have not yet received an offer from Adobe, there are a few mistakes to avoid. These can significantly limit your upside during the negotiation.

With that out of the way, let's discuss the process for Adobe salary negotiations.

There are two primary differences between junior and senior negotiations at Adobe:

Here are some important pieces of information to keep in mind when negotiating your Adobe compensation.

‍If Adobe knows you are interviewing with other good companies like Amazon or Google, they typically won't require you to finish those interviews, and instead they are willing to start the negotiation process early. In some cases even without a competing offer you can get Adobe to increase numbers, but you must be a very strong candidate and play your cards right.

If you do start the negotiation process early, they may ask you to sign upon securing an increase. This can be a good approach when Adobe is the main company you wish to join. However, it's very important to word these "early negotiation" conversations carefully, as your leverage is less clearly established. This can make the difference between a nominal increase and a significant increase.

‍At Adobe, the compensation team is a group of analysts that increase offers based on market factors. As a result, competing opportunities are effective when presented to them and for highly-desired candidates they are more willing to go to the top of their band. This is a sharp contrast to companies like Google that are less influenced by competing offers.

‍Hiring managers can play an important role during these negotiations. As a smaller company compared to FAANG, hiring managers usually have more input when it comes to comp and leveling requests, so it is definitely worthwhile to build rapport with them throughout the process. The majority of the compensation negotiation will take place between you, the recruiter, and the compensation committee.

‍Adobe is almost never willing to go above band, even with strong leverage in the form of a competing offer or a promotion opportunity at your current workplace. The bands for each role are capped based on level and location. The recruiter has to take competing offers and numbers to the comp committee in order to get new numbers approved.

If your request for above band numbers is denied, there are still some options (e.g. looping in hiring manager, pushing for up-level, etc.), so definitely don't give up hope if this happens early in the negotiation. From our experience, the recruiters have been pretty transparent with their top of bands once a competing opportunity is shared.

Typically, Adobe does not ask to see competing opportunities in writing, unlike Google which always requires it. This is helpful in situations where you don't have the official competing offer in writing. However, almost all companies will ask for numbers in writing if you make an outlandish request (e.g. $1M in equity for Facebook E5).

We've negotiated more than $2M in Adobe offers this year. Our largest Adobe increase was $145K.